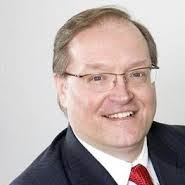 Brett has represented clients in Federal Election Commission (FEC) enforcement proceedings, rulemakings, and the advisory opinion process. He has represented numerous clients with Matters Under Review (MURs) before the FEC and has experience negotiating conciliation agreements. In addition, he advises clients on the development of government relations programs, including the creation and operation of political action committees and other ancillary tax-exempt organizations. He has lobbied Congress on numerous issues, including financial services, intellectual property, aviation, and energy.

Brett co-authored the advisory opinion request that resulted in the FEC allowing campaign committees to accept contributions via text message. FEC Advisory Opinion 2012-17 (m-Qube, Inc.). He also obtained the first ruling from the FEC recognizing an election conducted entirely over the Internet as a federal election. FEC MUR 6438 (Art Robinson for Congress)

You can usually find me in Section 115 at Nationals Park, cheering or gnashing my teeth depending on how the bullpen is doing that day.

A varying number of coffee cups depending on the closeness of the next FEC filing deadline, a jumble of charging cords for various electronic devices, the 2019 edition of Volume 11 of the Code of Federal Regulations, Walter Isaacson’s Einstein and George Will’s Men At Work.

“If you tell the truth, you don’t have to remember anything” – Mark Twain

The resignation of Commissioner Matthew Petersen leaves the Federal Election Commission without a quorum as we head into a presidential election year. We’ll discuss the prospects for Senate action to restore a working majority at the FEC, what the FEC can and cannot do while it lacks a quorum and how that will impact the day-to-day operations of corporate and trade association PACs. We’ll also discuss the continuing problem of unauthorized withdrawals from PAC bank accounts using fraudulent PAC checks and electronic debit cards and how corporate and trade association PACs can best protect themselves from this kind of thievery.