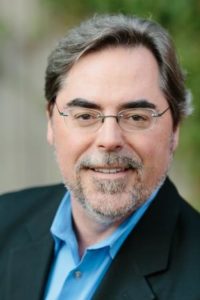 Fitch began his career as a radio and television reporter in the 1980s. He began working on Capitol Hill in 1988 where he served for 13 years. He worked in a variety of positions for four Members of Congress, including: press secretary, campaign manager, legislative director, and chief of staff.

Fitch left Congress in 2001 to work for the Congressional Management Foundation. As Deputy Director of CMF, he served as a management consultant for Members of Congress, offering confidential guidance, conducting staff training programs, and writing publications on enhancing the performance of individual congressional offices and the institution. He served as editor of Setting Course: A Congressional Management Guide for the 108th Congress and 109th Congress editions. In 2005 Fitch managed CMF’s Communicating with Congress project, and co-authored the report, How Capitol Hill is Coping with the Surge in Citizen Advocacy. He left CMF in 2006 to form a new company, Knowlegis, in affiliation with Capitol Advantage. Knowlegis is now a part of CQ-Roll Call Group, where Fitch served as a Vice President until 2010 when he returned to CMF.

Fitch is also the author of Citizen’s Handbook to Influencing Elected Officials Opens a New Window.(TheCapitol.Net, 2010); Media Relations Handbook for Agencies, Associations, Nonprofits and Congress (TheCapitol.Net, 2004); “Best Practices in Online Advocacy for Associations, Nonprofits, and Corporations,” a chapter in Routledge Handbook of Political Management (Routledge, 2008); and articles on communications and advocacy. He has taught journalism and public communications at American University in Washington, D.C, where he served an adjunct Associate Professor of Communications. He received his B.A. degree in Political Science from Johns Hopkins University and his M.A. degree in Journalism and Public Affairs from American University.

The Future of Advocacy

Since the advent of the Internet, citizen engagement has been dramatically transformed. The Internet changed the economics of advocacy. Without the burdening costs of postage stamps and paper, associations, nonprofits, and companies have virtually unlimited capacity to bombard Congress with messages. However, the sheer volume has overwhelmed Capitol Hill, which has seen its own staff shrink more the 15 percent in the last few decades. This has translated into general decline of mass email campaigns as an advocacy influence tool.

So if email campaigns are no longer effective advocacy strategy, what does work? The Congressional Management Foundation has been the leading research organization on citizen engagement for nearly two decades. Through exclusive surveys, focus groups, and interviews of congressional staff, CMF has identified emerging strategies to influence legislation outcomes. This presentation will include those strategies, including examples of successful interactions between association members and elected officials.

This presentation will cover:
• Who does Congress listen to in an over-communicated world.
• What congressional staffers believe are the most effective communications tactics for influencing undecided Members of Congress.
• How groups can use social media to impact legislative outcomes.

Additionally, this session will include new CMF research with the freshman class of the 116th Congress. The presentation will include a selection of results identifying how best to build relationships with new Members of Congress.