Professor of Psychological Science in the School of Social Ecology 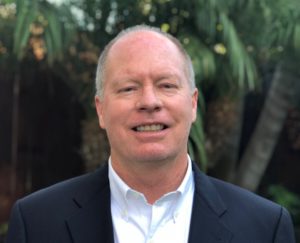 Dr. Peter Ditto is Professor of Psychological Science in the School of Social Ecology at the University of California, Irvine. Dr. Ditto is an experimental social psychologist whose expertise is in human judgment and decision making. His research focuses on “hot cognition” – how motivation and emotion shape (and often bias) our social, political, moral, medical, and legal judgments.

He is an award-winning teacher whose research has been published in top scientific journals including Science, Psychological Science, and Perspectives on Psychological Science and been covered by numerous media outlets including the New York Times, Washington Post, Los Angeles Times, Fox News, Time Magazine and The New Yorker. Dr. Ditto is a co-founder of the data collection website YourMorals.org and on the advisory boards of CivilPolitics.org and the Center for the Science of Moral understanding at the University of North Carolina. His current research is focused on political polarization, civil politics, and the moral and psychological underpinnings of the “culture war” in contemporary American politics.

Dr. Ditto received his B.A. from UCLA in 1982, and his Ph.D. from Princeton University in 1986, both in psychology. After a two-year postdoctoral fellowship at Research Center for Group Dynamics at the University of Michigan, he was a faculty member at Kent State University for 9 years before moving to UCI in 1997.

Surf, work out, read novels, listen to music (big Springsteen fan) and hang out with my 2 year old granddaughter.

Working on papers on political tribalism, belief in fake news, and the valorization of effort & “bullshit work.”

I don’t use twitter much, but planning to more in the future.

Through the Partisan Looking Glass: The Psychology of Political Polarization

As political professionals, we know that the hyper-partisan nature of contemporary American politics is a major roadblock to effective compromise between Democrats and Republicans and an important contributor to rampant distrust of government in the U.S. Before we can contribute to mitigating this dynamic in our organizations, we need to know how and why it became the new norm in political communications.

Dr. Peter Ditto will share why the top three factors that are not new and are typical of intergroup conflict (moralization, factualization and socialization) have been exacerbated by technological advances and are open to exploitation by political actors interested in promoting partisan animosities for political gain.

Dr. Ditto will also touch on the hardest part of the problem: what we all can do to promote more civil and more rational political discourse.

After Dr. Ditto’s presentation, you will:
• Be able to identify psychological factors that contribute to political conflict and polarization
• Understand the pillars of morality identified by Moral Foundations Theory and how they underlie partisan differences in attitudes and policy preferences
• Define motivated reasoning and explain its relevance to the “fake news” phenomenon
• Recognize how the current media environment facilitates selective exposure and group polarization processes