Director of Grassroots and Political Affairs 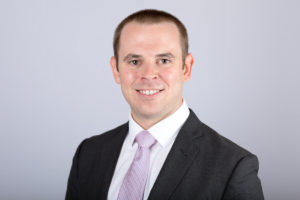 Sean Neal is the Director of Grassroots and Political Affairs with the American Osteopathic Association (AOA) and has over ten years of political and advocacy experience with a focus on fundraising, government relations, and grassroots initiatives. Sean currently heads the AOA’s grassroots programs on both the state and federal, which includes DO Day on Capitol Hill.

In addition to his role with AOA, Sean also runs the Osteopathic Political Action Committee (OPAC) where he serves as the point person for all political campaigns. During his time with OPAC, Sean has increased online contributions by 50%, expanded student, resident and young physician contributions by 40% and increased contribution at various conferences by upwards of 100%. Sean was one of the original founders and board members of a physician-industry first Super PAC where he raised over $600,000 in less than three months. Sean is the co-chair of both the physician PAC Forum and Candidate Workshop where physicians are trained how to run for Congress.

Before joining the AOA, Sean began his political career as a field organizer for Congressional and Presidential campaigns.